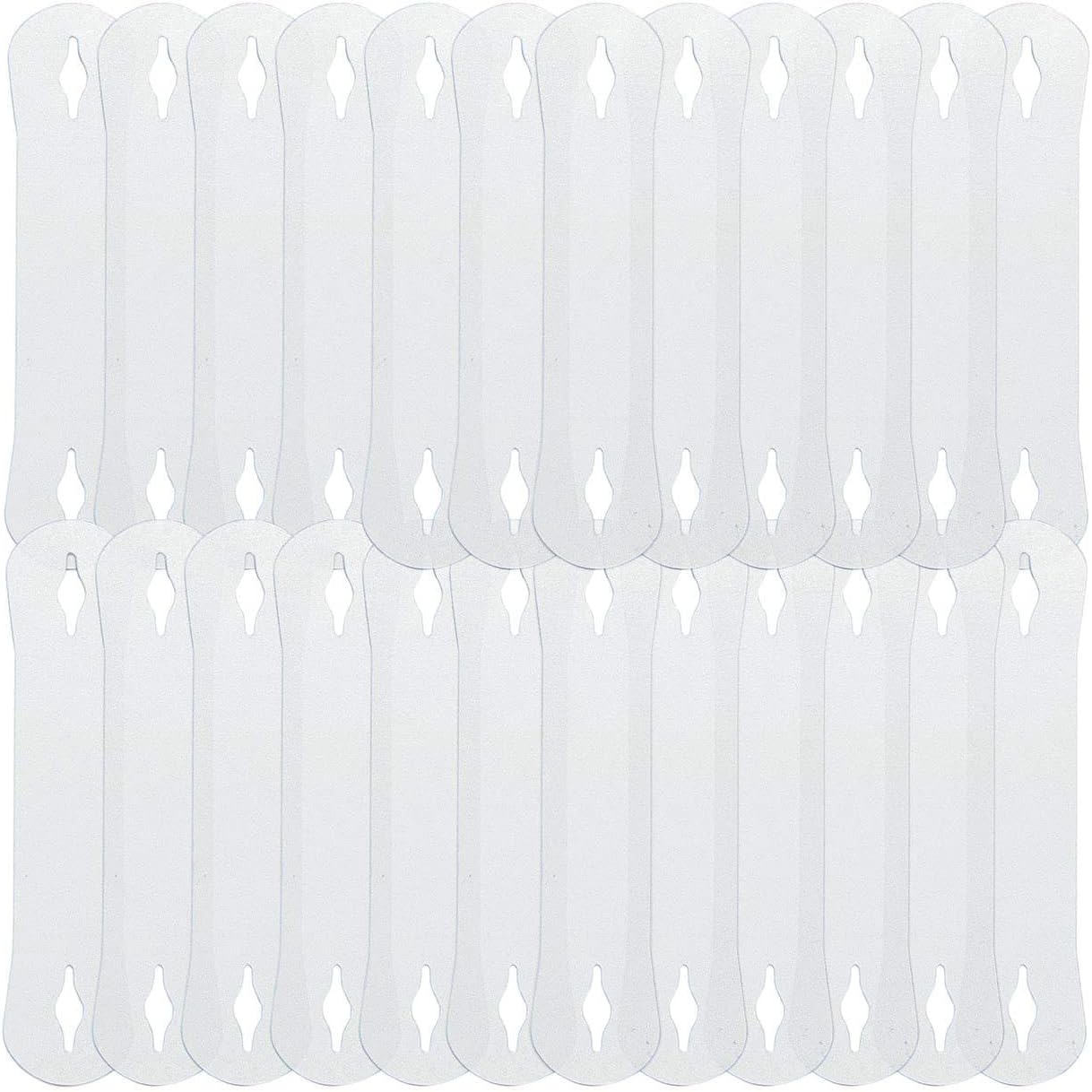 "li" Keep your necktie in place without tie pins, tie chains, or tie clips that can damage your neckties. "li" Comes with 24 pieces in a package for a long time use. You can also give some to your friends and coworkers as a gift. "li" Simple to use, Clips on easily

If you hate having your tie move under your suit from side to side when you are giving a presentation or just moving around, you may try it. If you donât like tie tacks and bars, you must try it.

These tie keeper are invisible to other people. The BestÂ AlternativeÂ to Tie bars or pins. Keeps your necktie from blowing in the wind or dipping into your soup! Very easy to use and carry with for your dailyÂ use. User Guide:
Thread the invisible Tie holder through the label loop on the back of your tie And attach it to the buttons on your shirtfront.